Posted on January 3, 2018by hackneylibrary 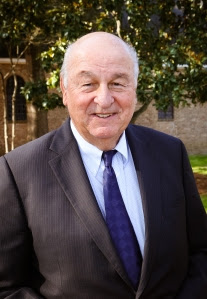 The event will take place in Hackney Library’s Learning Commons on the campus of Barton College.  A reception (with refreshments) will begin at 5:00 pm, followed by Parham’s talk, “Hartsock, Dylan, and 50 Years,” at 5:30 pm.

From 1964 to 1983, Tom Parham coached tennis at the College, and from 1983 to 1985, he served as Athletic Director.  He led the Bulldogs to NAIA National Tennis Championships in 1979 and 1984, and earned another NAIA National Championship for Elon University in 1990, where he served as tennis coach from 1985 until his retirement in 2004.  Parham was named NAIA National Coach of the Year in 1977, 1979, 1985, and 1990.  For his service to collegiate tennis and his achievements in the sport, Parham was named in 1979 to North Carolina’s Order of the Long Leaf Pine, the highest civilian honor awarded in the state of North Carolina.  He has received numerous awards throughout his career, including induction into several athletic halls of fame and the awarding of the Elon Medallion, the University’s highest honor, upon his retirement in 2004.  He serves on the N.C. Tennis Association’s Board of Directors.

Not only is he a tennis coach par excellence, Parham is also a lover of books–he has written three himself: The Little Green Book of Tennis, Play is Where Life Is, and ALOT (A Level of Thinking)—and he is a devotee of Bob Dylan and his music.  In October 2017, Parham donated his collection of over 30 books and four DVDs about Dylan to Hackney Library for circulation.

In addition to his Bachelor of Arts degree in English and Physical Education from Atlantic Christian (Barton) College, Parham holds a Master of Education degree from the University of North Carolina at Chapel Hill.  Parham, professor emeritus at Elon University, now resides in Emerald Isle, North Carolina, with his wife Margaret.

Please join us on February 6 for Parham’s recollections of his life as both student and coach at Atlantic Christian College and his passion for Bob Dylan and his music.